Send Your Tattooed Applicants My Way! This summer, the topic of tattooed employees came up on the ACCA Contractor Forum.

In the original post, a contractor said he found tattoos, “very offensive appearing to me and to a large majority of our senior citizen customers.”

His questions: Whether it was legal to disqualify tattooed job applicants? And; Discharge employees who had gotten tattoos after being hired?

He closed by stating; “I really think tattoos negatively affect our company’s PROFESSIONAL image. However, it is becoming so hard to find and hire qualified techs that I’m afraid we’re going to get stuck with these guys!”

The replies were numerous, including one that stated; “we got a legal opinion from our lawyer about this specifically. I’m not sure about other states, but in Texas we can discriminate our hiring considering tattoos.”

Initial responses made it apparent that many contractors had the same opinion of tattoos and made it clear they do not hire people with tattoos or piercings. I have a different view on this subject; the easiest way to share that in this article is to share the reply I posted (abridged):

Wow, this is fantastic news for my company. To all that will not hire guys with tattoos, please forward them to Magic Touch Mechanical, and let them know we WILL!

A little background: Two and a half years ago, we hired a guy to seal ducts who knew nothing about HVAC. He is fully sleeved, has tattoos on his neck and even inside one ear. You can’t miss him! He worked his way into an install crew, became a crew leader, and now is a service technician.

He is now NATE, BPI, & Master HP Tech Certified…in 2.5 years! We get more compliments and high marks on customer surveys that mention him than on any other technician (we service tons of senior citizens as we live in a retirement state, and have snowbirds come in droves in the Fall).

I know for a fact that he’s been offered positions at other companies. He told me once: “You gave me a shot when nobody else would. Now that I’ve proven myself, they want me. I’m never going anywhere else.”

Now a story about another guy: A story about a kid fascinated with tattoos from a very young age. He got his first tattoo at 13 and continued to get more into his 30s, to the point where they covered a good portion of his body. Now in his 40s, and usually in long sleeves, a sports jacket, or a suit, most people have no idea he has tattoos.

He entered the HVAC trade at 16, and earned his stripes the hard way. At 26, he started his own little HVAC Company, which today is a multimillion-dollar company and one of the most respected in his market.

He and his company have been recognized for their community involvement and especially for their help to senior citizens, and under-privileged families.

It’s safe to say they have a “PROFESSIONAL image”, they have an A+ record with the BBB, A with Angie’s List, 5-Stars on Kudzu, etc., and have won dozens of prestigious awards over the years including an “Ethics Award from the BBB.”

Undoubtedly their proudest moment was just last year, when they were named the “2013 ACCA Residential Contractor of the Year.” Their proudest moment, because they consider ACCA members the most professional of all contracting companies in the industry.

You’ve probably realized by now, I’m talking about myself. I am not offended by this discussion, more so I thought I would try to help and advise my fellow contractor.
When I first started getting tattoos at a young age, I was a rarity. Bikers, sailors, and rock stars were still the filthy bunch that got tattoos. Nowadays, if you’re in your 20s you’re the rarity if you don’t have tattoos, piercings, gauges, etc. Frankly if I was 20 today, I wouldn’t get any, but not because I’m sorry I got them, I am certainly not, but because I would want to be different from everyone else my age, like I wanted to then.

We have a shortage of good people coming into this industry as it is. Alienate the young because they’re different from you, and see how much luck you have maintaining your business … forget growing it!

You certainly don’t have to agree with my point of view, but please, if you won’t hire tattooed technicians, send them our way. When they get here, I’ll be happy to roll up my sleeves and show them my art so we can bond …but then I’m getting the training started and scheduling some calls for them so we can grow our company together as a team! (End of Post)

Last week I received a call from a long time client who owns a very large, well-respected manufacturing company that employs hundreds of people.

He called to say how impressed he was with another very tattooed employee of ours, and said; “Be careful whom you send to me, I would love to steal this guy to come work for me!” That client is in his 80s!

So in closing, if I haven’t convinced you to consider a different point of view, please send those tattooed applicants my way…they are the future. 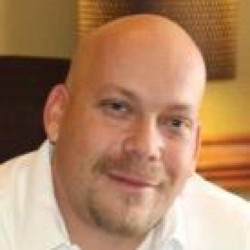 Rich Morgan
Rich Morgan is CEO of Magic Touch in Mesa, Arizona. His company was ACCA's 2013 Residential Contractor of the Year.